Party Town: A List of Cities with the Best Nightlife

If you – like most of us – love to party, then going to a foreign land is an exciting prospect. You get to see how other cultures spend their nights going wild. Some places are better at this than others. Whether it’s the venues, events or people. The fact of the matter is that some cities know how to party better. Here is a list of the cities with the best nightlife:

The Argentinian capital city is one of the best spots for a party. One of their most famous clubs is Niceto. The clubs opening hours are from 9PM all the way through until sunrise at 7AM. If that doesn’t signal that this a party town then we don’t know what does. If that isn’t your style and you prefer more sophistication with your night, then there are plenty of wine bars and places to tango. 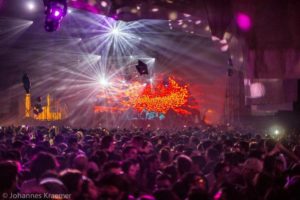 Berlin is known for being one of the most tolerant cities on Earth. Clubs don’t tend to close until the last person decides to leave, so get ready for a long one. It is also home to one of the most famous clubs in the world. Berghain is a Soviet themed super club where the parties last for days. 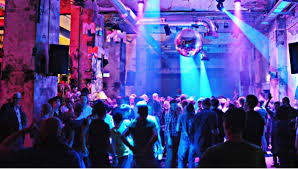 It’s safe to say that Brazilians are known for their partying. They love music, dancing and having a good time. Going to the city when Carnival is on is one of the best nightlife experiences you are ever likely to have. Over two million people head to the famous Copacabana beach on New Year’s Eve.

It was not long ago that the city of New Orleans was destroyed by Hurricane Katrina. But they have built themselves back up and with it their nightlife has been reinvigorated. The best time to go to NOLA is when Mardi Gras is on. A two week long celebration in the French Quarter of the city. 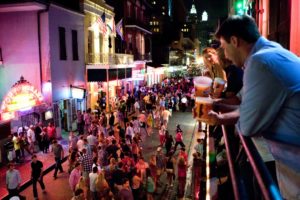 You didn’t think the “City that never sleeps” wouldn’t make the list? The most famous city in the world has some of the best nightlife you’ll experience. There are so many options for places to go in New York that you’ll be lost for choice. 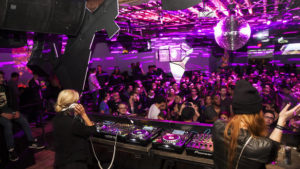 Bangkok has such a mix of cultures that it creates a wonderful nightlife. The city has come a long way in recent times. It’s a cosmopolitan mix of wine and cocktail bars and nightclubs.