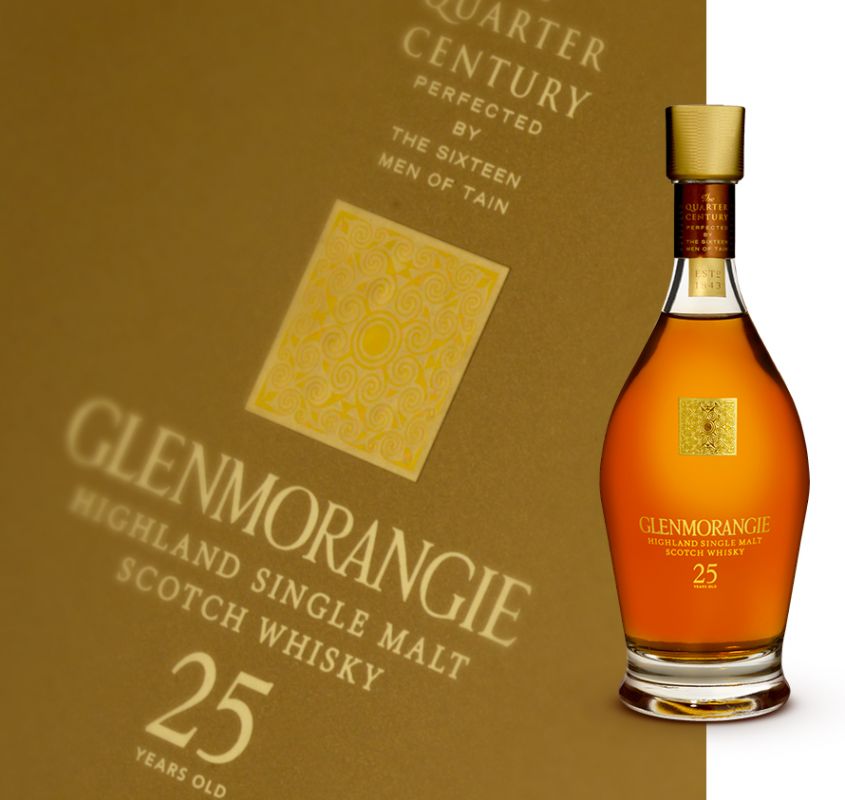 The Rare Malt Whisky Company currently stock the incredibly rare, discontinued 25 Year Old Glenmorangie which is not available for purchase anywhere else. You may already be familiar with the popular brand of whisky Glenmorangie. You have likely seen its warm yellow label with red lettering fixed across the curved glass bottle encasing an enticingly golden liquid with delicious honey hues. This favourable bottling, known as “The Original” is ten years old meaning that the youngest whisky in the bottle was aged for at least 10 years. Malt whisky, such as Glenmorangie, uses whisky over three years old but typically is between five and ten years. The length of time that a malt whisky is ages will affect the taste, as will the quality of the cask. Different types of casks will affect the way that the whisky develops and so this in addition to the time allowed for ageing will determine the quality of the liquid. As a result, unusual whiskies that have been matured in unusual casks or for long periods of time can become rare and therefore significantly increase in value. 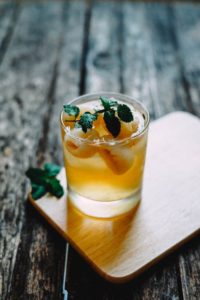 When purchasing rare whisky it is important you are certain of its authenticity, as is the same for investing in any product claiming to be of high value due to its specifications. Unfortunately there are many people out there who present counterfeit rare malts to people who aren’t clued up on how to spot a fake, resulting in a lot of buyers have lost out on thousands of pounds. One way to ensure you don’t get scammed is to only purchase rare whisky from certified whisky specialists. The Rare Malt Whisky Company is a small, family run business located in the village of Killearn in the Scottish Highlands. With every member of the team being whisky enthusiasts with years of experience working in different sectors of the whisky industry, you are guaranteed to receive first class service that is both knowledgeable and passionate. This successful business stocks only the top Scottish malts with some being extremely unusual and extraordinary. One of the rarest bottles currently available is the 25 Year Old Glenmorangie. 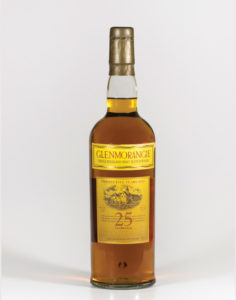 Glenmorangie describe this particular whisky as the oldest and rarest member of the Glenmorangie family. This single malt is complex, multi-layered with varying sweetness that was matured in several different casks such as American white oak, Oloroso sherry and French Burgandy. The resulting taste is full-flavoured with a burst of forest fruits and a hint of spice. The 25 Year Old Glenmorangie has won three awards including the IWSC 2016: Gold Medal, the ISC 2016 Gold Medal and the SFWSC 2016 Gold Medal. The bottle currently on sale at The Rare Malt Whisky Company for a modest £565 is not on sale anywhere else at this time. It is a stellar choice for any collector but specifically an exquisite first bottle for beginners to the niche hobby of collecting rare malt.